Have Some Politics With Your Mistletoe – Rainbow Snippets Dec 16 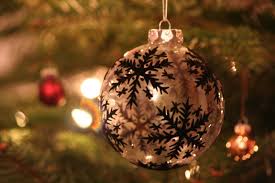 Hello, All! Here is this week’s contribution to Rainbow Snippets, an awesome Facebook group of authors and bloggers who post snippets from LGBTQ works every weekend. Catch up with all the snippets here: Rainbow Snippets.

I have a Christmas story in this year’s Stocking Stuffers, Dreamspinner’s holiday anthology.

It’s too political for some people, who like their holiday stories served up with a side of escapism. I can totally understand that. But that’s not what I can write given this year we’ve just lived through in the U.S. Our freedoms and our dignity are being dismantled before our eyes and it’s horrifying to behold.

So my HEA in this story involves Brad, who is a lawyer, joining the ACLU, and he and Michael getting married and celebrating the 2018 flipping of the U.S. House and Senate.

They reached the table, where Jordan and Tomer looked deep in some debate. Not politics, Michael hoped. Things often took an ugly turn when Tomer’s passion for anarchism clashed with Jordan’s socialism. One thing everyone in the house could agree with was hating the current gang in the White House with every fiber of their being. They often went as a group to whatever protest rally was happening in a given week.

Michael cast a worried glance at Brad in his suit and tie. He’d never thought about Brad’s politics. A lot of rich lawyers were Republicans. Oh God, please not Brad. I like him too much for that. Luckily Michael caught Jordan’s sardonic eye and remembered he wasn’t supposed to be getting ahead of himself.