Happy Eve of New Year’s Eve! I’m here at the tail end of 2017 (thank God) with a Rainbow Snippet from All the Way to Shore. Rainbow Snippets is an awesome Facebook group of authors and bloggers who post snippets from LGBTQ works every weekend. Catch up with all the snippets here: Rainbow Snippets.

This is a New Year’s Eve snippet from Before Marco in Jonathan’s life. He’s successfully escaped his awful life working for his father in Boston and is now living in the Cape Cod cottage he inherited from his mother, but Father isn’t letting go that easily.

Jonathan surveyed the cozy room, then smiled. One day he’d like to not be all alone on New Year’s Eve. He’d like to have a dog and, okay, a great guy to cozy up next to. But for right now, Jonathan was content and filled with anticipation for beginning a whole new life.

His phone buzzed. When he saw Father’s name on the display, he almost didn’t pick up. But duty still tugged. Battling visions of him alone and drunk on New Year’s Eve, he answered.

“It will be when you come to your senses and get your ass back to Boston.” 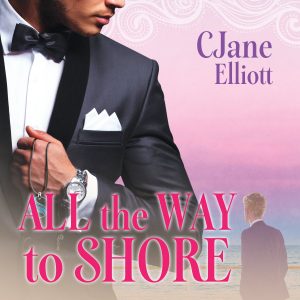