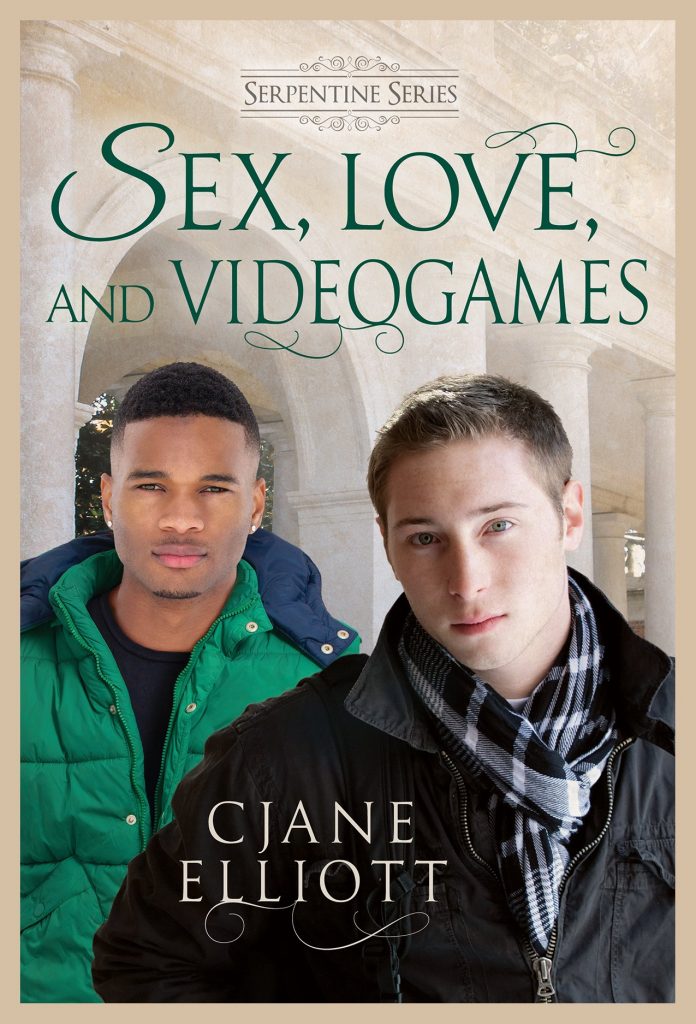 Shy guy Jed Carter has always felt invisible next to his charismatic older brother, Kent. Kent’s master plan for Jed is simple: University of Virginia, business, sports, and ladies’ man. None of it is Jed, except for playing on the rugby team, which he joins in defiance of soccer-loving Kent. Jed comes out in his sophomore year and starts seeing Pete, an attractive junior, who uses him for sex and videogames. Jed wants more—in life and in love—and starts making his own plans. First on the list: getting to know Charlie, the handsome guy working at the local videogame arcade.

Charlie Ambrose has always felt like an oddball, and not just for his tendency to stutter. Being gay sets him apart from his African-American community, and as a “townie,” he doesn’t fit in with the college crowd. Charlie’s inspiration is his cousin, Morocco, who’s transgender and doesn’t give a fig about fitting in. Art is Charlie’s passion, and when a local videogame designer discovers him, Charlie’s living a dream. The only thing he’s missing is love. But the last person Charlie expects to find it with is a cute, white U.Va. rugby player named Jed.