Hello there! Welcome to Rainbow Snippets for March 26-27. If you don’t know about Rainbow Snippets, go visit the group on Facebook for great six-sentence snippets from LGBTQ authors and bloggers: 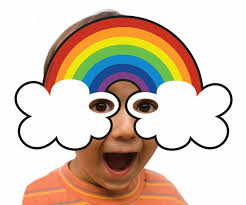 The third novella in my Wild and Precious series, Sand-Man’s Family, will be hitting the Dreamspinner Coming Soon Page on April 4.

Here’s a little tease of a snippet:

“You tired? Wanna see how this bed thing works?” Jade gave him an impish smile in response, and Sandy’s cock leaped to life. “Stop. I meant how we convert the sofa into a bed.”

They stood in Sandy’s sleep compartment, pleasantly full from dinner and the good wine Phinney had served them back in his and Cody’s room. It had been one of the best days of Sandy’s life so far—being on a train crossing the vast American West, talking to Jade for hours, and the two of them having fun meals with the uncles.

Now, though, Sandy was faced with sharing a smallish sleep compartment with Jade, and he hoped it wouldn’t be too awkward.

When Sandy Nixon’s conservative Catholic parents discover he’s had sex before marriage, they are furious. But when he blurts out he’s bisexual, they go ballistic. After they threaten him with conversion therapy, Sandy does what many queer kids long to do—leaves his homophobic parents in the dust. He moves in with his Uncle Phineas and Phineas’s partner, Cody, in Portland, Oregon, and is finally safe to be himself. Sandy misses his siblings, though, and decides to visit his former home in Rockford for Thanksgiving. On the train, he runs into Jade Byrne.

As the only out gay kid in their Catholic high school, Jade had stared down homophobes while being fabulous in the school musicals. He’s crushed on Sandy for years. But he’s made sure never to show it, even after they had a onetime hookup, because Sandy’s the good Catholic kid, the altar boy, and the apparently straight athlete—all the things Jade isn’t. Traveling back to Rockford together sees the start of a month of adventures, a blossoming attraction, and a chance for Sandy to learn what it means to have a family that hurts and to choose a family that heals.

And the first two books in the series: 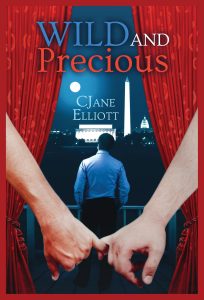 Nice. 🙂 My guess is that yes, it will be sweetly awkward.

Is he SURE that he just meant figuring out how to convert the sofa into a bed?

Sweet! Hope he finds out how to ‘really’ use the bed. 😀

If you're having a feeling about the election & everything that's been happening in this country over the last *waves hands* ....

maybe it's OK to- feel that.

Stop scrolling, check in with your body, your heart, take some breaths.

@kurteichenwald CRT is not a real problem. It’s a performative theater for a party without policy.

This truly scrumptious colour photograph was taken a staggering 119 years ago by the German inventor and photographer Adolf Miethe, using a three-colour filter camera of his own design. It is original Edwardian colour from 1903, it is not colourised 😍