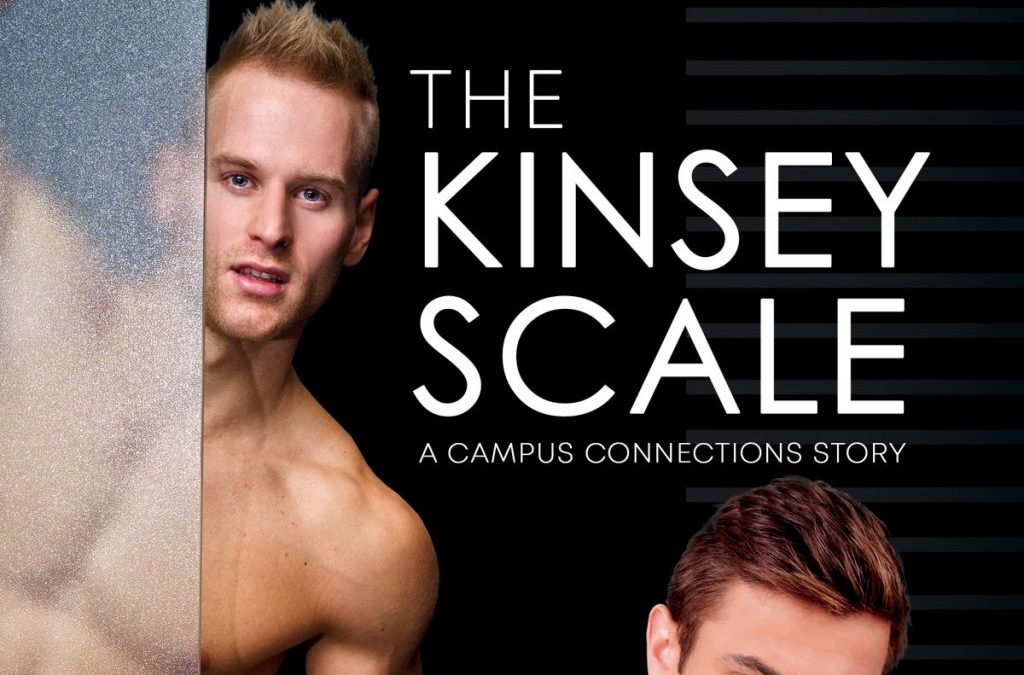 Welcome to Rainbow Snippets! I can’t believe it’s been almost a year since I posted one. This snippet is from my upcoming novella, The Kinsey Scale, which will be released November 9 by Dreamspinner Press.

The Kinsey Scale is a college story that begins when out gay Eric Brown and seemingly straight jock Will Butler are forced to become roommates. Eric isn’t too happy with the situation.

Eric watched Will fill the one drawer Eric could spare with a ton of sweats and sports tees. To think he’d moved his leather pants for that.

“Work out much?” Ooo, a little too bitchy, Brown. Dial it down.

Will smiled at him. “I like sports and stuff, but mostly I wear ’em to bum around in.”

Will’s Southern drawl was as slow as warm molasses. He was so chill and accommodating he took all the fun out of Eric being a drama queen.

Life is good for Eric Brown. He’s a senior theater major, an RA for a freshman dorm, and has a great circle of friends. Single since sophomore year, Eric isn’t looking for love. Then Will Butler—fellow senior, co-RA, and the cutest guy Eric’s ever seen—walks into his dorm. Will has a girlfriend he sees off campus—a minor disappointment that becomes a major problem when a housing shortage causes Will and Eric to become roommates, and Eric is forced to witness Will’s hotness day in and day out. For protection, Eric asks Jerry, his ex-boyfriend, to pretend they’re still together. Jerry warns him it’s a stupid idea, but he reluctantly agrees.

Too bad it won’t save Eric from losing his heart.

Will Butler has never believed in himself. His dysfunctional family saw to that. Although Will has loved music since childhood, he’s never seriously considered pursuing it, and the person he’s dating doesn’t encourage him. Then he and Eric Brown become roommates, and everything changes. Eric believes in Will and his talent. He’s also  gorgeous and playful and fast becoming Will’s best friend. And that’s not good, because Will is hiding some big things, not only from Eric but from himself.

And I agree — those last two lines are awesome.