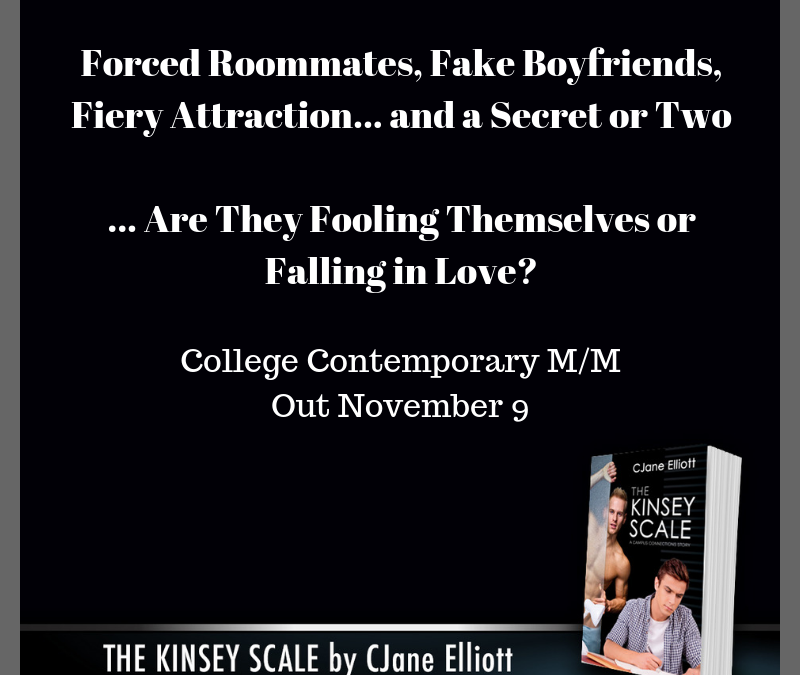 Hello All! I love October, it’s my birthday month and Halloween all wrapped into one. I thought I’d post another snippet from The Kinsey Scale for Rainbow Snippets today. 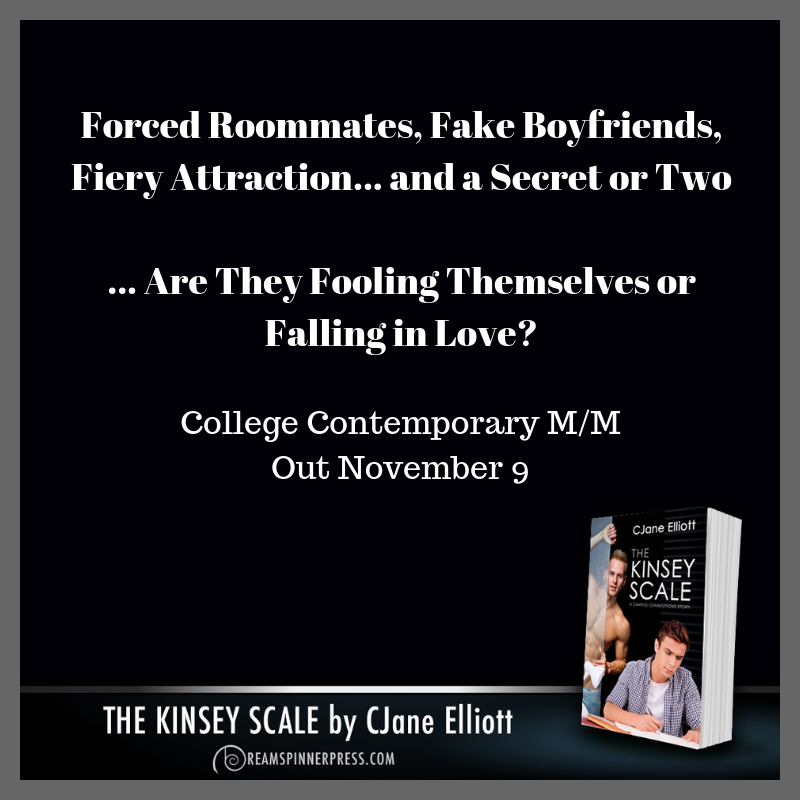 Eric’s ex-boyfriend Jerry has agreed to pretend to be his current boyfriend but he has asked for some things in return, one of them getting to design Eric’s Halloween costume. In my last Rainbow Snippet Eric and Will had gone to see the Fall leaves. Today’s snippet takes place when they return to the dorm and Jerry is waiting with Eric’s Halloween creation. It’s red and sparkly and leaves nothing to the imagination. Eric hides in the bathroom for a moment, reluctant to show off his assets to roommate Will, then chides himself for being stupid and…

Eric lifted his chin, opened the door, and took a slow, campy stroll into the room.

Will turned red and made a choking sound as Jerry clapped his hands with a delighted smile. “Exquisite! Hold on, I’ve got the naughtiest set of devil horns.” He opened his satchel and peered in.

Eric braved a glance at Will. He wanted to say something like, “Get used to it, darling. My fabulousness cannot be contained,” but all that came out was “That bad, eh?”

NOTE: Dreamspinner is having a 30% off sale through October 23rd and you can pick up The Kinsey Scale here.

Aww! This scene is adorable!

i wish olympic announcers would narrate the writing process, like "the em-dash is truly her signature move and THERE IT IS! UNBELIEVABLE! remember in 2018 she set the world record for fixing a line break in ONLY 2 HOURS AND SHE IS SET TO BEAT THAT TIME BY 2 SECONDS TONIGHT"

gender of the day@genderoftheday·
22h

Today's gender is a barrel of swans.

Have some holiday goodness in July! Three sweet M/

At Cowgirl BBQ. Having a blue corn tortilla ‘sho

I’m enraptured with the clouds in Taos. Outside

This is what’s reflected in the hotel room mirro

The views from the hotel are nice. #southwesttrave