Life is good for Eric Brown, a happily single theater major with a great group of friends. But then Will Butler—fellow senior, co-RA, and the cutest guy Eric’s ever seen—walks into his dorm. Will has a sweetheart he sees off campus—a minor disappointment that becomes a major problem when a housing shortage causes Will and Eric to become roommates, and Eric is forced to witness Will’s hotness day in and day out. He persuades his ex-boyfriend to pretend they’re still together in a vain attempt to protect himself, but it doesn’t save Eric from losing his heart. 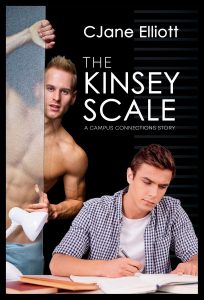