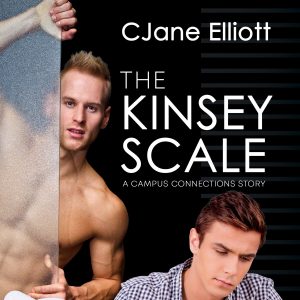 Congrats to Jennifer Shannon who won the Scavenger Hunt. Here’s her story, very cleverly putting all the words/phrases together:

Eric and Will had been chatting for the past few weeks on a dating app. This was their first IRL meet up and Eric was a little anxious, but mostly excited. Will seemed like such a great guy – cute, sweet and a little dorky. He sent a pic of himself holding up stones at sunrise with the tagline: Being out in nature rocks. You should try it some time. Eric responded with a sleepy pic of himself in bed with the caption: I have an alternate proposal. One of the things I enjoy the most is sleeping in. Maybe you could join me sometime soon? Everything had flowed so easily online and Eric just hoped it would be the same in person.
Eric was pleasantly surprised when Will showed up. He had on his Falcons T-shirt and was the picture of macho if macho meant delicious biceps and a mouth that featured in Eric’s fantasies.
As he got closer, Eric teased Will. “What’s with the football gear? I already know you’re gay. I feel like you’re going to come out with corny hetero jokes at any moment. Although I guess it all fits perfectly for a closeted Southern boy.”
“I am not in the closet, I just love football, as you well know. And I’m very gay. I even know what a bottom is!” Will declared rather loudly, just as the server arrived at the table. Being easily embarrassed, Will turned red and made a choking sound. Eric looked a little sheepish. “Sorry. I was just teasing. You look great, by the way.”
Once Will recovered, he said, “You know that you don’t have to stay here with me. You could go hang out with all
the other weirdos and nonconformists at the performance art installation down the street.”
Eric grinned and said, “No. I think I’ll stick with you.”
After that slightly awkward start, the conversation flowed and the rest of the cafe seemed to fade away until an alert on Eric’s phone. It was his friend Reese saying that he was there. Eric had forgotten that they’d arranged for Reese to drop by just in case things weren’t going as well as he hoped. Looking out the window, Eric saw Reese dressed very flamboyantly and only had the time to think “WTF?” before he lifted his chin, opened the door, and took a slow, campy stroll into the room.
As Reese joined them he said “Hello, there boys!” in his most over-the-top voice. Eric stared at him and then pulled
him up and away from the table. “What are you doing?” Eric hissed.
“What do mean, sugar? I just saw you sitting here and came to say hello!”
“This wasn’t what we agreed on.”
“Oh, hush now. I’m just making sure that he doesn’t have any hidden prejudices. He needs to accept all the rainbow children. We don’t want a repeat of what happened with Darren.”
He had a point there. The last guy Eric dated turned out to be uncomfortable with femme guys and insulted several of Eric’s friends.
“I really don’t think he’s like that. Sit down with us, but stop being so over the top. Just be you.”
The rest of their meal went well and Will took it all in stride. After saying goodbye to Reese, Eric invited Will back to his place, which was actually his parents’ house. They were snow birds and liked to escape the winter cold by living in Mexico for half the year. As they pulled up, Will asked, “Is this your childhood home?”
“Yup. This is where the magic happened.”
Will snorted. “How about a tour?”
“Sure. Come right this way.”
They went through the house and finally made their way to the back yard.
“Is that a tree house?”
“Yes. My dad and I built it when I was about 7. Do you wanna see it?”
Will pointed to the “Members Only” sign. “I would, but I’m not a member.”
Eric smiled. “Don’t worry. You qualify on general coolness.”
“What did you do up here?”
“Just hung out. Ate junk food. Read comics. Told ghost stories at night.”
Will shuddered. “Don’t tell me any ghost stories! That was my least favorite part of summer camp.”
Eric came over and ran his hands up and down Will’s arms in a comforting gesture. “Don’t worry. I’ll protect you from the scary ghosts.”
The moment extended as they stared at each other and the sexual tension gradually increased.
Eric watched, mesmerized, as Will leaned towards him, and his face got closer and closer and-finally their lips met. It was better than either of them could’ve imagined. They made out in the tree house for what felt like forever and the blink of an eye at the same time. When the cold eventually got to them, they went inside, hand in hand. As they did, Eric had a thought, “Romance really is a wonderful thing!”
Great job, Jennifer!
Get The Kinsey Scale here. And preorder the sequel, The Player’s Protege, here.