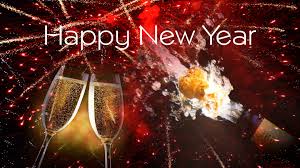 2014 has been a good year, and thank you for sharing some of it with me! I’ve been enjoying posting excerpts from the Serpentine Series, revisiting how those boys survived their holidays. The angsty-ness continues for both Pete and Aidan over New Years Eve, and I thought it would be interesting to see the same New Years Eve from each of their points of view.

First is Pete’s New Years Eve from Serpentine Walls. He’s spending it at home with his mother and bestie Angie, because none of the myriad of men he’s involved with are available. Matthew is in NYC and Aidan is in London, and neither of them are available emotionally to be with Pete. Then there’s poor Jed. We already know from an earlier excerpt that Pete turned down Jed’s offer to spend New Year’s with him. You’ll see the mention of George — he’s Pete’s high school boyfriend who is still available for hook-ups. Yes, Pete is a floozy (as I saw someone’s Goodreads update say… “1/2 way through Serpentine Walls. Pete is still a floozy.”) 🙂

“Hand over that popcorn.” Angie hiccupped. “Oh God, I hope I don’t have a hangover tomorrow.”

“Everyone has hangovers on New Year’s Day.” Pete pushed the popcorn bowl toward her. “It’s a national pastime.”

“Global, you mean,” said Mom from the depths of the armchair. She sipped from the tumbler of Scotch she’d been nursing for the last hour. “Given New Year’s is a global phenomenon.” She yawned. “What are we watching next?”

Angie surveyed the collection of DVDs scattered on the floor beside her. “We have Now, Voyager, Sleepless in Seattle, Mean Girls, or…. Trainspotting? Pete!” She glared at him. “You snuck that in!”

Pete shrugged. “So sue me. It’s brilliant. And you guys are killing me with the chick flicks. Although I grant you that Now, Voyager is a masterpiece.”

“Okay, then Now, Voyager wins.” Angie removed the disc from its cover and glanced over at the clock. “It’s eleven thirty. We’ll have to pause it to ring in the New Year, I guess.”

“BFD.” Pete picked up a noisemaker and blew, making a raucous sound before throwing it down to grab his drink.

“Oh. Right.” Mom settled back in her chair and held up her drink. “Happy fucking New Year to us.”

“Right on, Mrs. Morgan.” She toasted her with her glass. “Happy fucking New Year to all the lonely hearts, including us.”

Pete glanced at his mother, afraid she might take offense and still somewhat stunned at her language, but she was smiling back at Angie, leaning forward to clink glasses. Suppressing a sigh, he held up his own glass to join their toast. Staying at home on New Year’s Eve was a drag, but all of his siblings were out with friends at parties, and he had felt bad about leaving Mom alone tonight. So the excuse he had given to Jed turned out to be true after all.

And even if he hadn’t been spending tonight with the lonely-hearts club, there weren’t all that many alternatives at the moment. He was hiding out from Jed. George had wanted to spend New Year’s Eve together, but hooking up with him after leaving Matthew the other night had been bad—not the sex, but the fact that Pete had left George’s house feeling emptier than he had when he went there. And he didn’t even want to start thinking about Matthew being unavailable and Aidan being… Aidan.

Next year, he promised himself, as the movie started and Bette Davis graced the screen playing another lonely heart, an ugly duckling who turned into a swan and found love on an ocean liner. Maybe next year he’d be sailing out to sea with Aidan, or Matthew, or his own Mystery Man, and the guy would light two cigarettes and hand him one, saying, “Here’s looking at you, kid.”

Yeah, right. Wrong line, different movie, and too many chick flicks tonight. After this one, it’s Trainspotting or nothing. If we’re even still awake.

Poor Pete. It will get better. 🙂

In Aidan’s Journey, Aidan is in London this same New Years Eve, having a very different experience from Pete’s. It too has plenty of angst, as Aidan is still involved in his doomed relationship with Rodney (known as Professor R to Pete and his friends).

A week later, I met Rodney at Dulles Airport for our trip to London. Seeing his tall figure next to the check-in counter filled me with trepidation. We hadn’t been together since the night I’d scorned him for Pete at Eric’s party. Rodney had gotten us first-class tickets on British Airways, and the free champagne helped dispel our initial awkwardness. Once we began to laugh and snuggle, I let go of everything but being in the present with Rodney, who was at his best as a traveling companion.

That holiday trip was the last of Rodney’s and my golden interludes, so I cherish the memory. Rupert and Samira were wonderful, graciously welcoming us into their home, which was decorated from top to bottom, serving meals lavish with delicious food and drink. We had a belated Christmas celebration, opening presents and stockings in the living room. Rodney and I sat on the floor in front of a crackling fire, Rodney’s arm around me, and Rupert brought out brandy in snifters for the four of us. We proposed toasts and talked about our hopes and wishes for the new year. Rodney and his parents expected me to move to London with him after school ended, and much of the talk and toasting centered on that.

“Here’s to having the both of you in London with us,” Samira said, raising her glass.

“Yes, indeed.” Rupert raised his. “Here’s to a brilliant future for the two of you.”

We all toasted to Rodney’s and my brilliant future, and Rodney kissed me.

Tears stung my eyes as a poignant mix of joy and sadness rose up. My grip on Rodney’s hand grew stronger. “Thank you, Samira. I’m happy to be here.”

That night, after his parents went to bed, Rodney and I lingered in the living room. Soft music played in the background, the room lit only from the dying fire and the twinkling colors on the Christmas tree. We kissed and held each other, and it was so romantic I could hardly stand it. My hopes for us had almost died over the last few months. To have them flare up again was painful, like a numb limb coming back to life.

As the week went on, Rodney and I didn’t talk about us. We were too busy fucking. Being in London seemed to work like a charm on Rodney’s impotence issues. We went to his flat and made love every single night. It was so good. I’d never stopped desiring Rodney despite our problems, and to be held and caressed and entered by him night after night was heaven.

After days of satisfying lovemaking and cozy evenings with Rupert and Samira, I was back in love, floating along in a haze of satiation. It was so easy not to think about the serious issues that had caused me such unhappiness. I didn’t bring them up and neither did Rodney, and at the end of our week, I bid his parents good-bye, fully expecting to return to London with Rodney in June.

Oh Aidan. At this point in the book, many readers wanted to throttle him for being so stuck in his dysfunctional relationship. I did too! There’s a light at the end of the tunnel with Aidan but the journey is long.