Home » Blog » Rainbow Snippets, All the Way to Shore

Rainbow Snippets, All the Way to Shore

I’ve been at GRL since Wednesday and having the best time. On Thursday All the Way to Shore, my new contemporary romance, hit the Dreamspinner Press’s Coming Soon Page, and now I can show the cover to everyone. I love this cover so much. 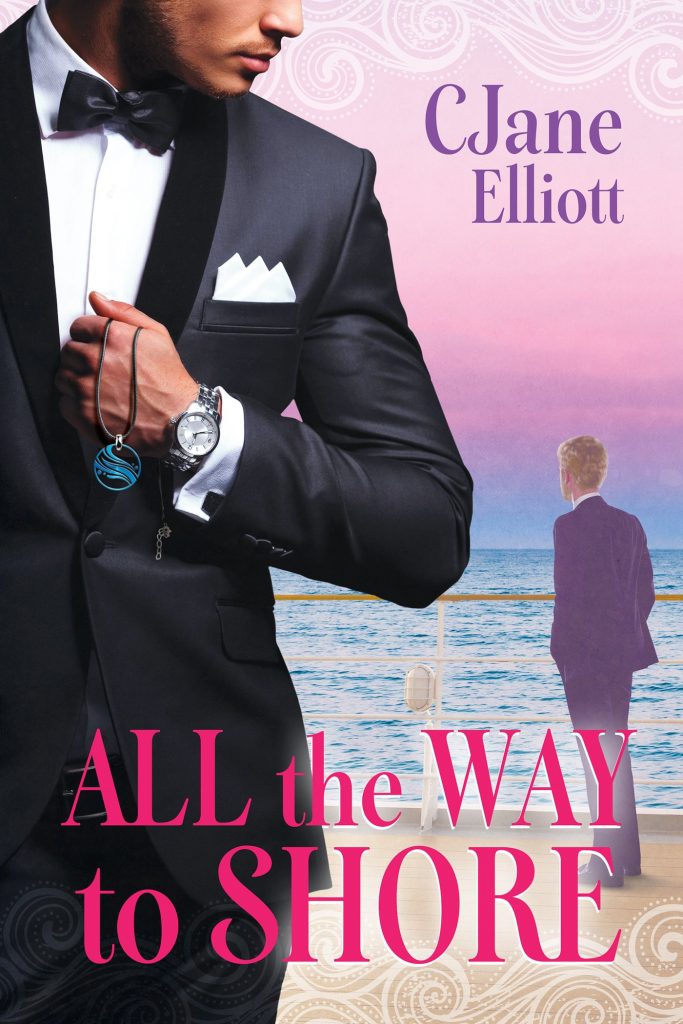 You can pre-order here and it’s 30% off through the end of Sunday in Dreamspinner’s GRL sale.

We’re picking up this week where we left off at the last snippet. Anthony continues to encourage Jonathan to let his “real self” out this week.

Jonathan clutched the bedspread. “Crap, Tony, how the hell am I going to pull this off? Maybe he’ll dump me for someone else tomorrow and I won’t have to worry.”

“Bite your tongue, honey. Here’s what you do: dive into your Jonah persona—wow, it even rhymes!” Anthony did a little dance, singing, “Jonah persona, oh yeah, Jonah persona,” until Jonathan threw a pillow at him.

“What does that even mean? Pretend to be someone I’m not? Not likely.”

“No.” Anthony perched on the edge of the bed and stared down at Jonathan. “You know who you’re not? You’re not Jonathan Vallen—poor little rich kid and self-saboteur. That’s history. Just be yourself. Your real self. Gay, musical, loves flowers and dogs, sweet guy, cute as a button. You’ve never let that guy totally out, and now’s your chance.”