Home » Blog » Rainbow Snippets September 10 All The Way To Shore

Rainbow Snippets September 10 All The Way To Shore

Ahoy there, Snippeteers! It’s been a long time since I’ve posted. For those of you who don’t know, Rainbow Snippets is an awesome FB group of authors and bloggers who post snippets from LGBTQ works every weekend. Catch up with all the snippets here: Rainbow Snippets. 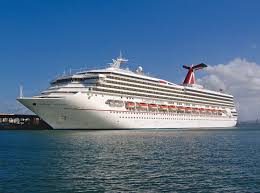 Remember that cruise ship novel I’ve talked about? It’s almost done and the official name is All The Way To Shore. Here is the official blurb:

SNIPPET: [This is right after Jonathan and Marco run into each other on the cruise. It’s been a year since they’ve seen each other and Jonathan has changed so much Marco doesn’t recognize him. Jonathan’s cousin Anthony introduces himself and Jonathan by different names, to have a little fun… ]

“Have we met before?” Marco frowned thoughtfully. “You seem familiar for some reason.”

Hell. The jig was up. Damn Anthony. As he opened his mouth to confess who he really was, however, something took hold—a rebellion against the old Jonathan Vallen. The old him would’ve mumbled an embarrassed apology and slunk away. But the novelty of standing on the deck of a cruise ship with Marco Pellegrini eyeing him like he was a sexy stud was too good to pass up. He wanted to be Jonah Rutledge, sexy stud—at least for today.

Jonathan straightened his shoulders, met Marco’s eyes, and raised an eyebrow. “I don’t think so. I would have remembered meeting you.” He felt his cheeks warm at his boldness. He was flirting! With Marco, of all people!