Hello all! I thought it would be fun to post some deleted scenes from Sex, Love, and Videogames. Some of the events of the novel are the same as those in Serpentine Walls, but from Jed’s point of view. Those who have read Serpentine Walls will remember the frat party that Bud drags Pete and his roommate Angie to toward the beginning of the novel. Bud is trying to play matchmaker between Pete and Jed and has invited Pete to the party with the purpose of introducing the two. Jed’s experience of this event is quite different from Pete’s, who is all but oblivious to the fact that Bud is trying to set him up. Here’s the scene from Jed’s point of view (which was cut from the final version of the novel):

The SAE back-to-school party roared on around Jed, who stood in the living room and nursed a soda, keeping an eye on the hall entrance. Bud had promised to bring his gay cousin Pete, and Jed hoped it would prove a distraction from enduring yet another SAE drinkfest. Things had been tense for him at the frat ever since he’d come out. Russell, the SAE president, had set the tone by acting like nothing had happened, and most of the guys had been treating Jed okay. But a few were keeping a wide berth, muttering to each other and eyeing Jed like he was pond scum.

He felt a hand on his shoulder and there was Tucker. “How ya doin’?”

“In our room. He’s already wasted so I told him to kick back and chill.”

Jed gave a tight nod. He hadn’t heard from Kent since his drunken visit to Jed’s dorm room a few nights ago.

Tucker peered at him. “You two patched things up, right?”

“Patched things… hey, I’m not the one who has a problem. And if Kent still does, that’s on him.”

“Gotta go.” Jed walked away, having no interest in hearing Tucker make more excuses for Kent, leaving Tucker standing with his mouth open. A number of Jed’s rugby teammates had entered, wearing their jerseys, so he went over to join them.

“Hey, little buddy.” Beau gave him a light punch on the shoulder. “Where’s your jersey? We’re s’posed to be advertising our team.”

Bud walked in with a guy and a girl. His t-shirt said “Rugby Players Have Leather Balls.”

Beau laughed. “Doremus knows how to promote. I’m disappointed in you, Jed. Business major and all.”

Bud walked up to them, his guests in tow. “Hey guys! How’s it hangin’? Ready to partay?” The guy and girl stared around at the general chaos and then exchanged a glance, like they were debating whether or not to leave.

“Hey.” Jed felt muteness descend, mainly because Bud’s cousin was hot. He had brown hair and nice eyes and a great bod. Damn Bud for not warning Jed because now he was standing there like an idiot, too shy to talk.

“Oh – hey everyone – this here’s my cousin Pete and his roommate Angie.” He said to them, “This is the rugby team and some of my frat brothers. Jed, Beau, Jermaine, Sol, and Craig.” Everyone nodded at everyone else.

“Show ‘em where the drinks are. I gotta pee, and then get ready to dance, y’all!” And with that proclamation, Bud bounded upstairs.

“Can we leave now?” Pete muttered to Angie.

“Um, the drinks are over here.” Jed indicated a table laden with bottles and jugs. “There’s… um, lots of stuff.” He pointed to one huge plastic container with a ladle next to it. “That’s grain alcohol punch. It’s kinda strong.”

Angie picked up a bottle of water. “I don’t feel like drinking tonight. Especially not with all these frat guys around.”

“Good plan.” Pete gulped down some of the punch. “So what’re we doing here again?”

They laughed, while Jed stood by. He couldn’t think of anything to say as he listened to Pete and Angie chat with each other. But that became a moot point when someone cranked up the music so loud that talking was impossible.

“Oh, what the hell.” Angie put her water bottle back on the table and followed Bud into the crowd.

As Bud led Angie away, he looked back at Jed and jerked his head toward Pete, mouthing something that looked like “Talk to him!”

Jed snuck a glance at Pete, who slouched against the wall, drinking steadily. When Tucker walked by in his tank top, all tanned skin, tattoos, and muscles, Jed noted Pete running his eyes over him appreciatively. He smiled in spite of his raging shyness, feeling a certain gay solidarity with Pete, although he was still intimidated by how handsome he was.

A break in the music finally came, and Jed gathered his courage and turned to Pete. “So, what’s your major?” He wanted to hit himself. Of all the stupid things to ask….

Pete looked startled to be addressed. “Um, I’m an Echols scholar, so I get to make one up. It’s a lot of English, art history, music. Stuff like that. Oh, and film.”

“That’s cool,” said Jed, further resigning himself that he’d never get together with Pete. Pete was too hot and apparently too smart also.

Pounding music filled the room again and they gazed at each other, both smiling at the impossibility of any more conversation.

Russell hurried over and yelled in Jed’s ear. “Jed, can you help with the food? Replenish our snack bowls?”

Jed fought his way through the crowd to the hallway that led to the kitchen, grabbed chip bags, and went back to the living room to fill the snack bowls. Then Russell collared him to go out to the back alley and help unload more drink supplies. By the time Jed made it back indoors he saw Pete and Angie headed for the front door. He waved and Pete waved back, then he slumped against the archway. Time to get drunk. He grabbed a cup and filled it with grain alcohol.

Poor Jed! Just the beginning of his being overlooked by Pete, except for sex and videogames. Good thing Jed gets his happy ending with Charlie! 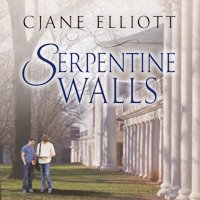 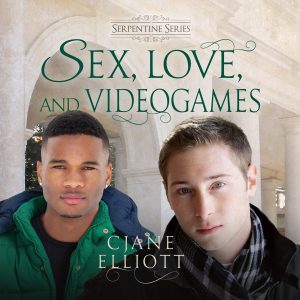