Stepping Through, Writer’s Block, and Filling My Creative Well

My short story, Stepping Through, is going to be released on August 20th. This story is unlike anything else I’ve written, and is special in many ways. I feel like it emerged directly from my soul.

I had been going through a long period of writer’s block. All my ideas dried up. I didn’t care about my characters. I doubted my purpose as a writer and didn’t write anything for months. Not writing wasn’t the solution, though, because I was miserable.

Finally, I took myself on a sabbatical from my regular life and went to LA for a week. I stayed with my friend Roberta who lives in a wonderfully evocative, 1920s apartment building, the kind with Spanish-style arches. It was like being in an old Hollywood movie. Roberta is a unique and creative person. She’s a former actress who loves old movies and believes in ghosts, and her apartment is filled with wonders – art, jewelry, stuffed ravens with top hats, and more. Halloween happened to fall on that week, and she took me to a store that sold used clothes and accessories from the movies. We concocted costumes for our sojourn to the wild Halloween celebration that filled several blocks in West Hollywood, and had a great night with all the gay guys and costumed revelers.

That week, I slept on her amazingly comfortable daybed and during the days when she was at work, I walked through the neighborhood and drank in the LA sunshine and flowers. I hung out in coffee shops with my laptop and people-watched. I sat in her apartment and contemplated all of her whimsical oddities. In short, I filled up my dry and dusty creative well.

And somehow this story emerged, about a man who had denied his soul’s desire in order to follow life’s conventions, and who is saved by the otherworldly owner of an LA jewelry shop. This story healed something in me, and I hope you might find it healing, as well. 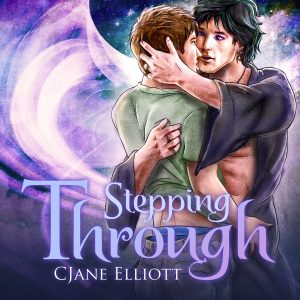 Cameron Wheeler’s life is all mapped out: he’ll finish business school, return home to Vermont, get a job, and marry his high-school girlfriend. He’s packed away what he really wants—a career as a musician—because he knows it’s never going to happen. But Cameron’s well-planned life is turned upside down when he walks into a musty jewelry shop in LA and meets the mysterious Apollo, who tells him to “follow his soul, not his past.” Apollo’s magical presence spurs Cameron to discover and follow his true path, in life and in love.