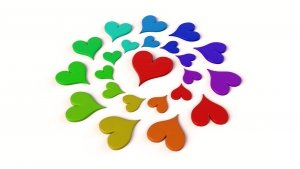 I’ve been having the worst time getting going on the third novel in my Serpentine Series. I knew I wanted to write the story of Jed, the nice guy from Serpentine Walls with whom Pete has a friends-with-benefits relationship. Pete isn’t open to anything more and poor Jed gets his heart crushed. Everyone who reads Serpentine Walls empathizes with Jed.

My problem is that I’m kind of like Pete: I found Jed a bit boring. He isn’t into books or movies or singing or any of the things that Pete/I’m into. He’s quiet and shy, a jock, going to business school, and likes video games. Pete and Jed never found anything to talk about. Jed was almost a cipher, through Pete’s POV.

So when I came to write about Jed, I first invented a love interest named Tucker, who would be the roommate of Jed’s older brother Kent. Both Tucker and Kent were dynamic characters. I got more and more into Tucker and his back story. And nice, shy Jed was still there, waiting to be noticed. And I couldn’t seem to get going on the novel. I was stuck at 3700 words, with most of those words being about Tucker! And then, the light dawned!

I asked myself what Jed would want and need — sweet, unassuming Jed. He doesn’t need another guy who overlooks him for the longest time and has a more compelling storyline! What’s wrong with having a sweet romance for sweet Jed? And that’s when two characters popped into my head: Charlie, who is even shyer than Jed, and his outgoing friend Morocco (“that’s Mo-rocco, not Rocco, thank you very much”). They’re “townies” whereas Jed is a University student and Jed meets them at the video arcade after getting his heart stomped on by Pete. And on and on… I’ve got the whole plot chomping at the bit to be written.

What I discovered was that when I allowed myself to be tender toward Jed, and let myself love him rather than be bored by him, his story was there. And he’s not boring at all.