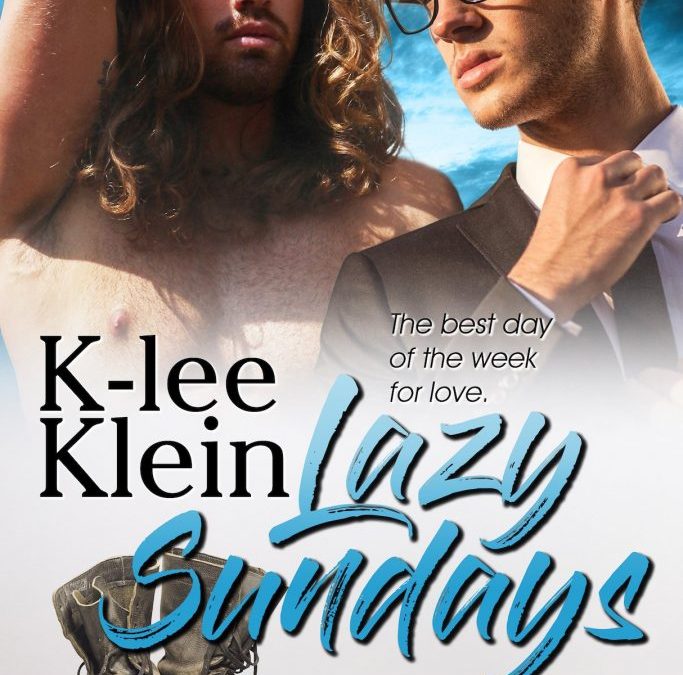 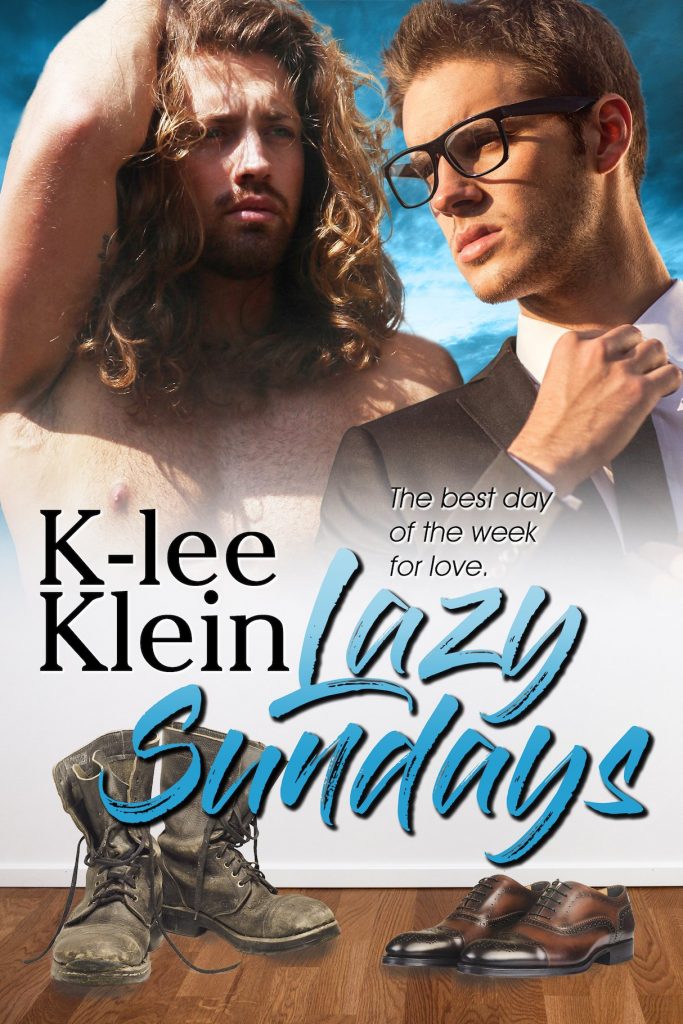 Welcome to my friend and fellow author K-lee Klein, who is here today to share a beautiful excerpt from her latest release, Lazy Sundays. Thanks for stopping by the blog, K-lee!

The fact that Scott had survived his first motorcycle ride was nothing short of miraculous…to him.

And it hadn’t been nearly as terrifying as he’d expected, at least not the whole time. There’d been excited screaming at first, followed by Scott losing his voice altogether and pressing himself as tight to Devon’s back as was humanly possible. He’d totally felt Devon’s chest-shaking laughter too. Jerk.

But it hadn’t been terrible and he hadn’t died from fright or anxiety or careless driving. And the truth was, Scott felt exhilarated after—once he’d found his footing, his knees had remembered how to work, Devon helped him wrench the helmet off his squished brain, and he realized his partial erection didn’t make him some kind of freak. Who knew being vibrated to within an inch of his life could also make him excited in the down there department.

It was a total win on Scott’s short list of total wins. It did feel a bit like flying as Devon said, minus the actually leaving the ground and being stuck in a tin can for hours on end parts. Scott had never been on an airplane, and luckily, riding behind Devon didn’t make Scott want to throw-up like just the thought of getting in an airplane did.

But Scott had found enough courage to lift his head once, wanting to feel the wind in his hair like he saw in all the movies. Of course, Devon had the hair for that, not Scott, and the facemask totally blew that idea out of the water. He’d contemplated trying to flip the mask up like Devon had done, but that would have required relinquishing his white-knuckled hold on his driver. Plus, he had a vivid image of falling off the bike because of a silly need to have a little breeze in his face.

He tried resting his chin on Devon’s shoulder and opening his eyes to get the full effect. But the full effect had involved being instantly assaulted by dizziness so he surmised the original plan of staying snuggled close against Devon, arms wrapped as tightly as he liked, was far better and safer. So he’d concentrated on the intoxicating smell of fresh leather, and even with his face shielded, Devon’s scent had soothed and made him more comfortable. It was ridiculous but apparently effective.

And Devon was proud of him. He’d actually said the words. “Proud of you, sweetheart.” Scott was positive no one had ever said that to him with or without the sweet endearment, but at the same time, he wasn’t entirely sure how he felt about it or even how he should act when someone offered such praise. It was foreign to him except in terms of doing a good job at work, but that was so completely different.

Devon being proud of Scott oddly made his whole life seem worthwhile. It sounded dramatic and totally messed up even as he thought it, yet it made his insides wiggle and his heart flare against his ribs. Suddenly he understood all the sappy references to love changes everything because Scott felt like a changed man. At least until he stumbled over his own feet and ended up ass-first on the sidewalk.

Scott scoffed at him unintentionally. “I wasn’t. Tripped over my own feet. How proud are you of that, Dev?”

Scott Weston’s car is sensible, his suits are bland, and his job is stable but boring. Mundane routine helps keep his anxiety and obsessive tendencies under control. Socializing—especially dating—isn’t on his list of strong skills either, and, made worse with the echoes of his disapproving mother. So he’s content to stay at home with his lists and cleaning and wildlife documentaries, until a one-night stand goes unexpectedly right.

History has taught Devon DuCaine that dating can be uncomfortable, but there’s just something about Scott. He may be the opposite of Devon’s own long-haired, tattooed, free-wheeling spirit but he brings out the nurturer in Devon. It could be Scott’s surprising fascination with Devon’s motorcycle, or his shy surprise in moments of affection, but there’s more under those sensible suits than meets the eye. The most important person in Devon’s life, his mom, taught him love and compassion and that’s all he wants to share that with Scott.

Their one-night stand turns into a regular thing, but Scott doesn’t trust it to last. He’s pretty sure Devon is hiding something. He’s even more sure that once Devon gets to know him, the attraction will fade. And then there’s his mother. However, many sparks fly between them, Devon will have his work cut out to convince Scott they can have their happily ever after.

(The original Lazy Sundays was a free short story I wrote in 2011. This version of Lazy Sundays is not just a rerelease. On top of the massive editing/rewrite I did on both books, I’ve also added more than double the content to Devon and Scott’s universe.) 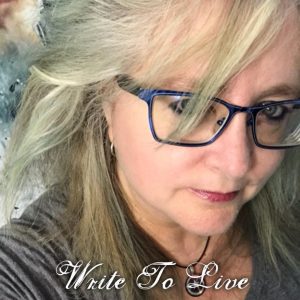 K-lee Klein loves guys with long hair and tattoos, and you’ll often find her front and center at her favorite rock concerts. She has bounced around Western Canada all her life but will always consider the solitude and beauty of the British Columbian mountains home. Her life is blessed as the proud mother of three now-grown but still spoiled kids, the servant of two bossy felines, and the wife of a truly patient husband.

Her writing muse is terribly temperamental, so to keep him close by and in check, she had him inked on her left calf. The gorgeous, long-haired, mostly naked, kneeling angel that resulted is truly a work of art, although he’s still a handful and hopelessly uncontrollable. She writes on his schedule and inspiration.

K-lee tends to fall easily into obsessions. When something grabs her attention, she jumps into it headfirst with complete abandon. Actors, musicians, superheroes, fictional characters, and brainwashed assassins all hold spots on her cannot-get-enough list. She once followed Thirty Seconds to Mars around the United States and Canada and saw them perform fourteen times that year. Obsession sometimes leads to ideas for her kneeling angel to turn into stories.

Although an introvert in person, she’s extroverted online and has met many wonderful friends there, sometimes with the added fun of meeting them in person at gay romance conferences. She’s grateful for all the people in her life who accept her as she is and support her through her ups and downs as mom, wife, and joyfully obsessed writer.